Kedreeva: We’re not even close lol but she came down another 5 feet or so. My dad is buying he… 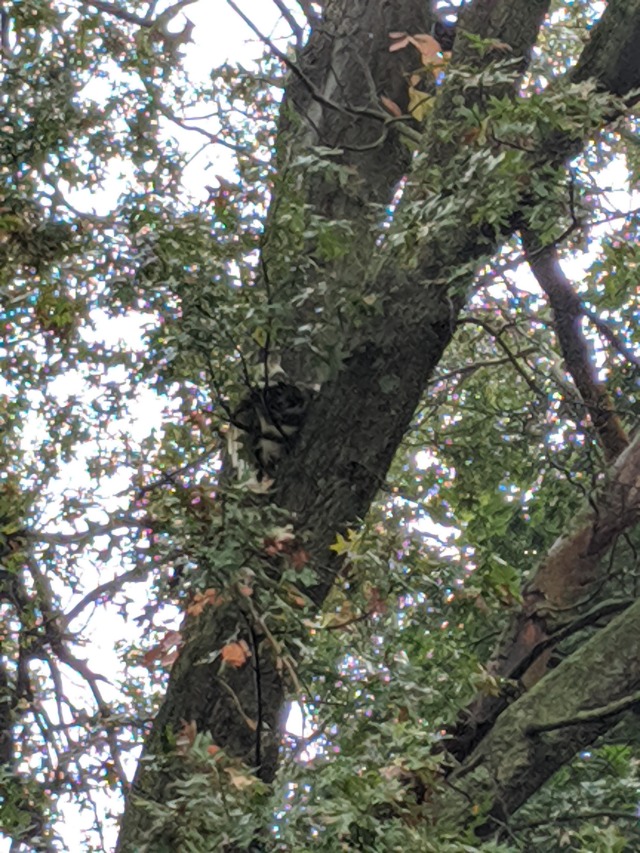 Kedreeva: We’re not even close lol but she came down another 5 feet or so. My dad is buying helium balloons to try to spook her. kedreeva: Well, over 24 hours and she’s still not down. It’s been raining since about 11:30am, and it’s going to keep fucking raining until tomorrow afternoon and I don’t blame her for not wanting to fly in it, but she needs to come down. She’s scared and wet and cold and hungry and too high for us to get to. Wish us better luck tomorrow afternoon I guess. I cut down that little tree with a pocketknife out of frustration because it was blocking my view of her from where I was sitting to keep an eye on her all day. kedreeva: It’s working slowly. She’s… in a different tree, but lower at least. Hopefully next attempt will reach the ground. She’s never been in a tree before so she’s super not sure how to get down… kedreeva: Well. That was effective of y’all. She’s out of THAT tree. But now she’s into the tree in my front yard instead. New vibe is “Come down to the ground you silly creature.” kedreeva: Bleh. So I’ve been free ranging the blues since early spring, and we’ve had a couple of mishaps (Gadget got lost for a couple of hours the first time I let them out, and Ellis went across the street when she got spooked, and into a low tree once when Joslin chased her there) but overall they’ve been pretty chill. They come out for 20-30 minutes and either put themselves away because they’re done, or they end up behind the barn and yell for me to come collect them because they’re giant babies who are definitely lost forever and don’t know how to go around a corner to get home. But yesterday, I let them out and Aris, who is normally very brave and very calm, almost immediately spooked over a bird that flew by – like, not even a scary predator bird, just a songbird – and flew off into the big oak behind the pens. She’s too high for a ladder, even if I had one, and she’s at the tips of the branches anyway. I thought she’d come down for bed, but she spent the night up there. I called a neighbor to come watch her this morning so I could go to work, and my dad came over to take his place when he could, but he’s got to leave at noon, and so I’m trying to get out of work early to go wait for her to get down, but the people who get the supplies ready for my job are severely behind so I can’t do anything except sit here and worry. So, like. If anyone wants to send some “get down from that fucking tree right this instant young lady” vibes Aris’ way, feel free.

We got the most ironic balloons we could find Came home and found: I fetched the Best Treats, and she saw me about to give treats to Other Birds, so: Welp. I guess that’s that. She’s tired, harried, wet, but safe and sound and back in her pen. 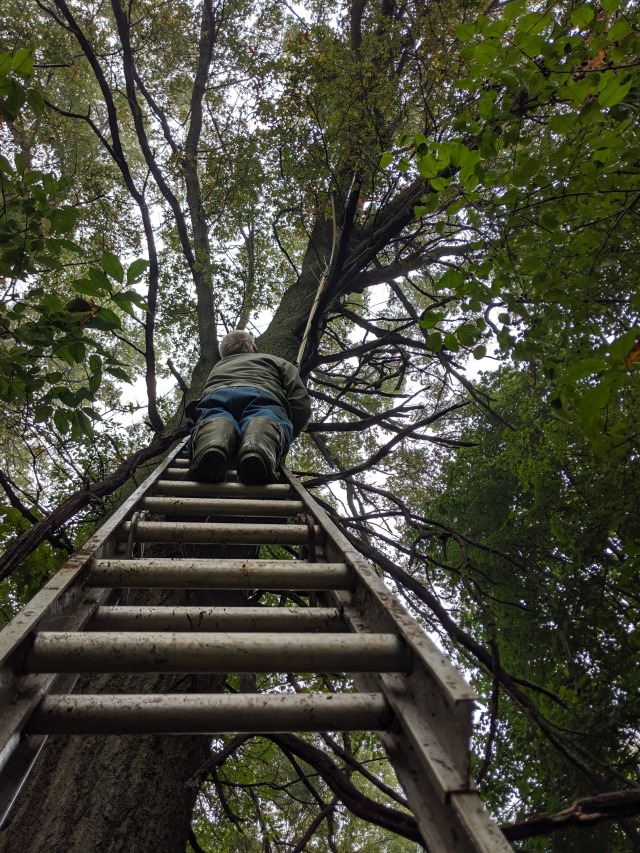 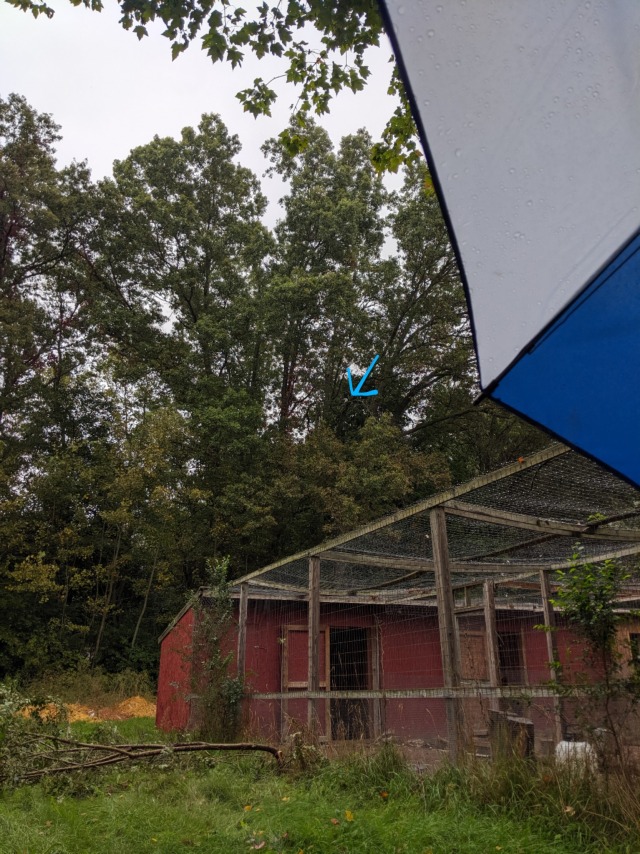 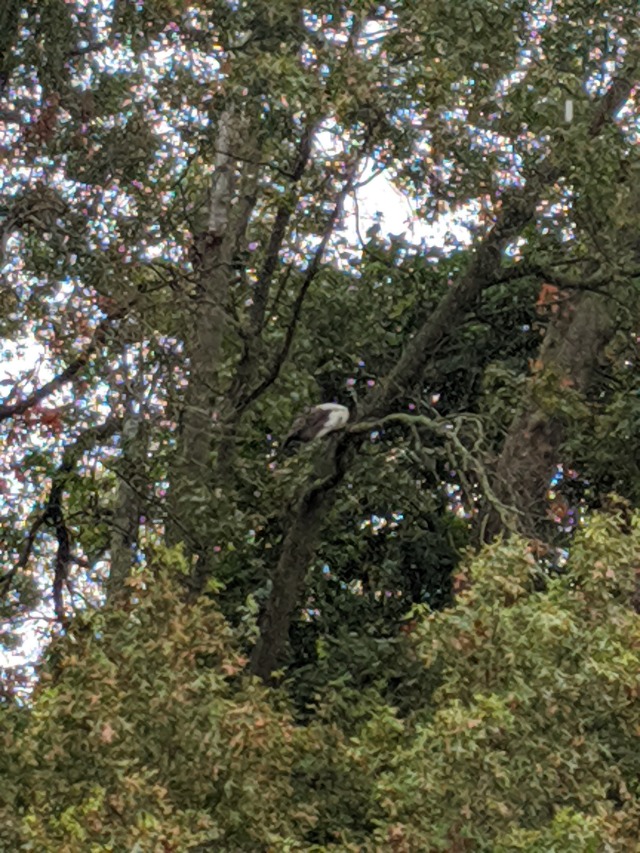 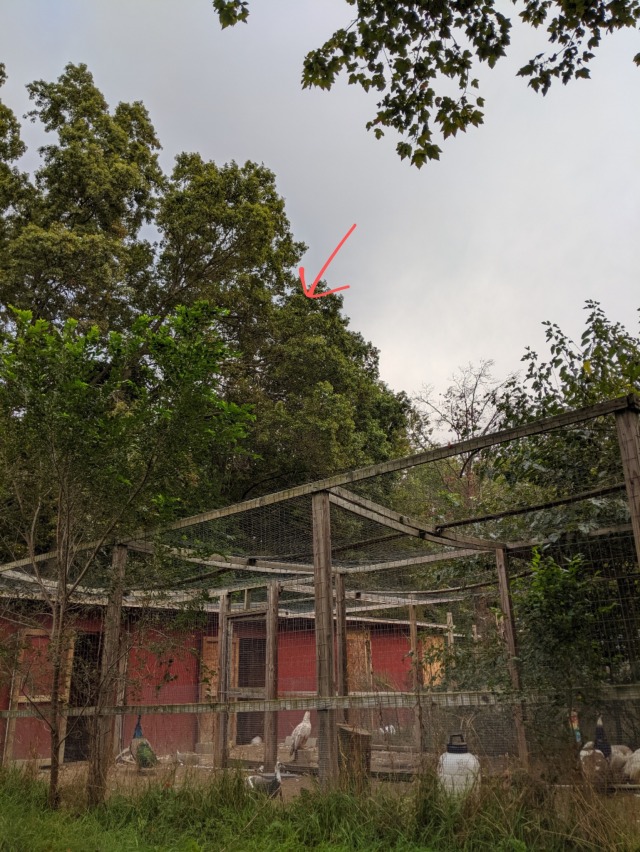 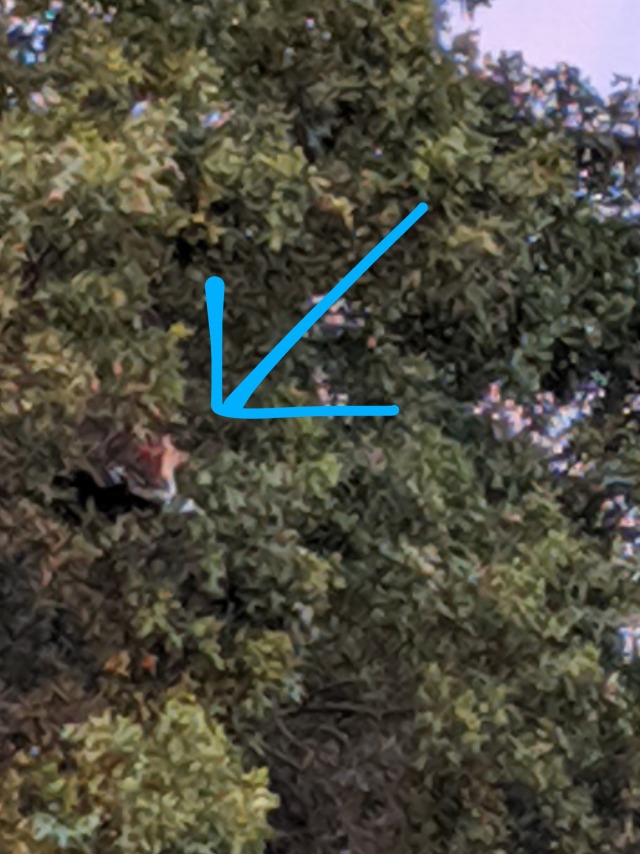 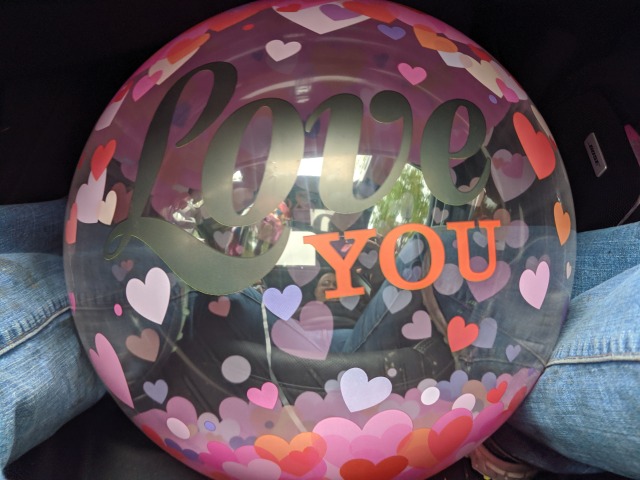 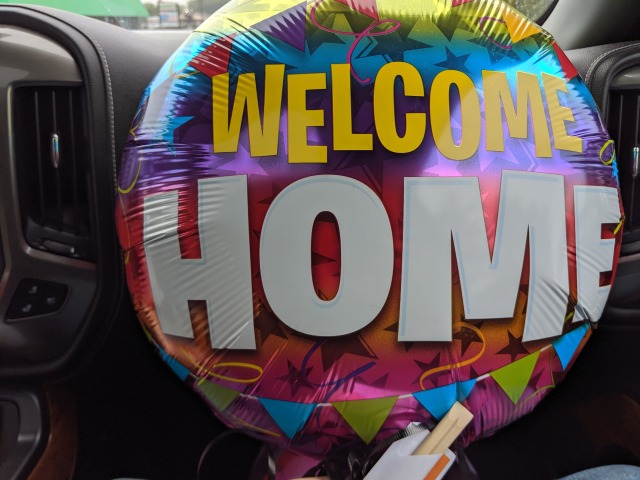 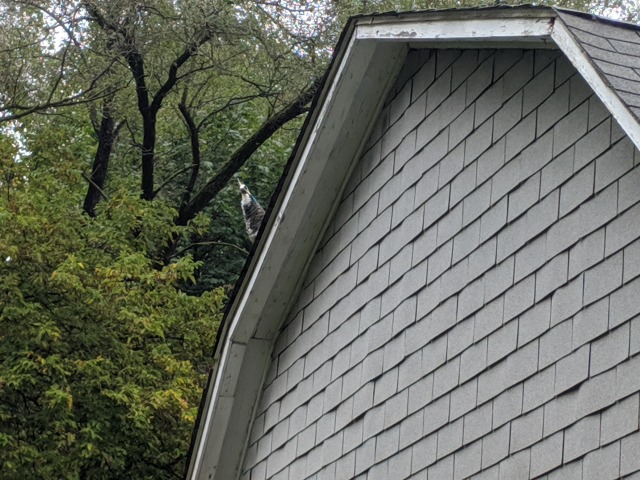 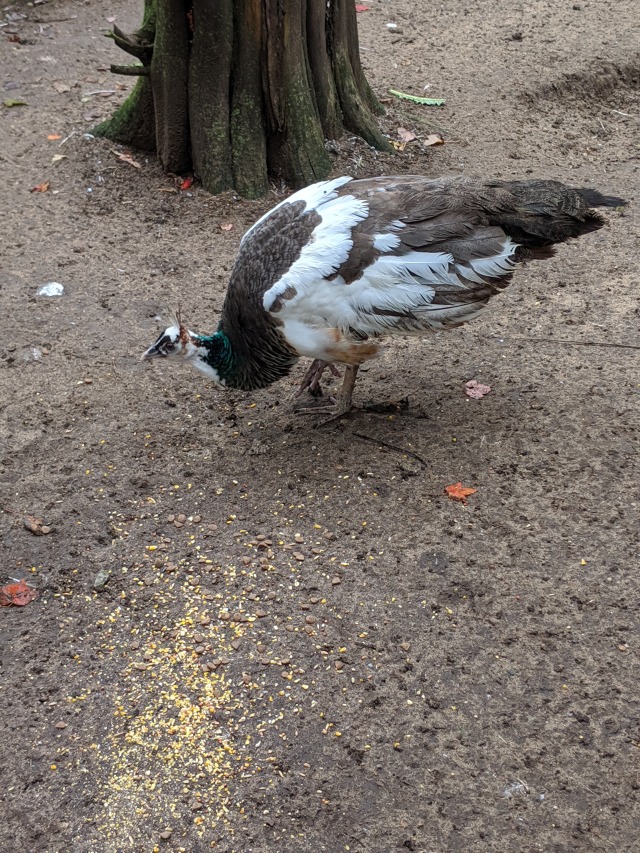 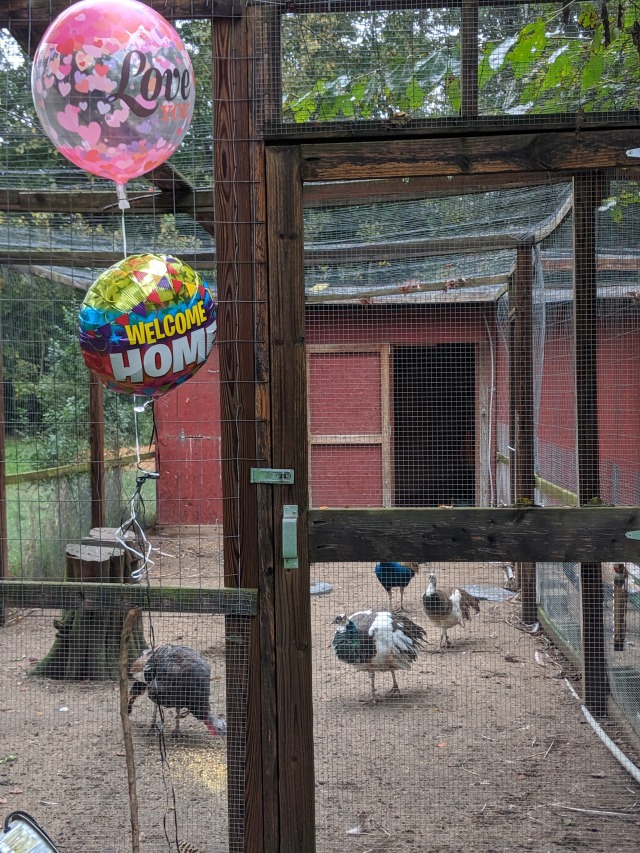