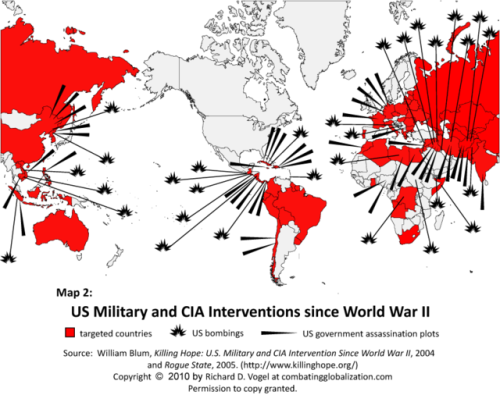 Whats happening is that the us is trying to intervene in venezuela and install a more us friendly government that will be more sympathetic to us imperialism and foreign investment. the united states has been putting sanctions on venezuela for the past few years that have been exacerbating the economic crisis there, and other european countries have been cutting venezuela off as well. the “interim president” guaido, who is backed by the us, declared himself president and hasnt been voted in and the trump administration and many other government officials like marco rubio have explicitly said they want to overthrow/kill maduro and invade venezuela. this has little to do with actual poverty and crisis in venezuela and everything to do with us imperial interests. the “humanitarian aid” the us is providing has been heavily criticized and many actual humanitarian aid groups are refusing to be associated with it because of that venezuelanalaysis, telesur english, democracy now and grayzone project have decent reporting on venezuela, including this poll from grayzone project showing that 86% of venezuelans oppose us military intervention and 81% oppose the sanctions the us is putting on venezuela id recommend looking through the basic facts thing on venezuela analysis and checking out this video that covers a lot of whats happening right now this is a decent article about the opposition, led by guaido, and its political affiliations  also i think the situation in venezuela is best understood in the context of a long history of us imperialism and imperial intervention in latin america. if you have time id recommend reading against empire by michael parenti and the cias greatest hits by mark zepezauer and this tangentially related medium article about the history of us intervention in central america. the united states has a habit of intervening in latin americas business whenever something happens that threatens their ability to make profit, they dont care about protecting democracy in venezuela and they never have. regardless of the amounts of corruption or poverty in venezuela, us intervention has always resulted in something much worse than the problem they were trying to “fix”. hiding behind rhetoric about “protecting democracy” and “providing aid” is how the us has always justified regime change, us supported dictatorships and genocide. if youd like to get involved in organizing against us intervention nowaronvenezuela.org is doing a lot right now